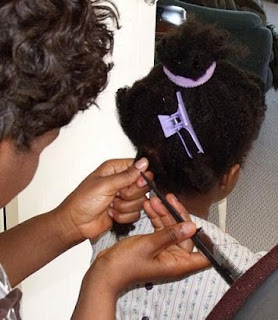 All the twists are out and it was so nice to see the hair (especially on the back) had no knots. I would normally start with the front and realized that it's a much better idea to start at the back as it does seem to be a more sensitive area for her. So while she is fresh and it's early we get the worst done. 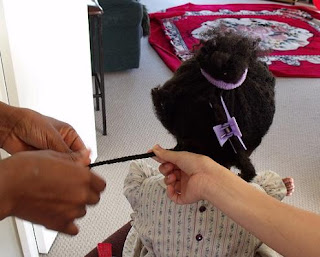 She was a star and sat so well. Natu was very impressed.
Once the braid was started Rachel or I held the braid so that it would not pull on her head. 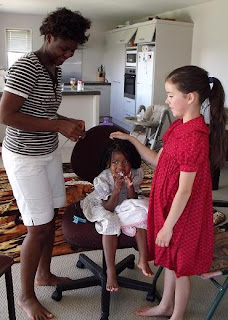 Almost done.
Natu was born in Australia, lived in Ghana for the last 7 years of schooling and then came to New Zealand for university. So she has citizenship in all three countries. Her husband is in Germany for the next 6 months. 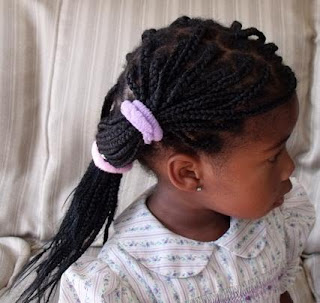 Natu put the braids into pony tails so that it was out of her way for lunch. Ruth really loves her long hair. Often extensions are just slightly longer than your own hair, but we let them have a bit extra length so that we can tie them up nicely. 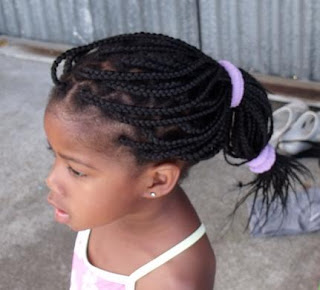 It's fun for her to be able to do different things with it. We were glad we could still get it all into her swimming cap this afternoon (just to keep the chlorine off it). 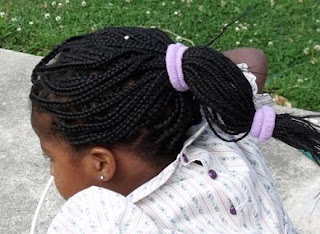 I have a few gold and silver beads that I will add to some of the braids too.
Our little African Princess.
Posted by Buckland at 7:37 AM 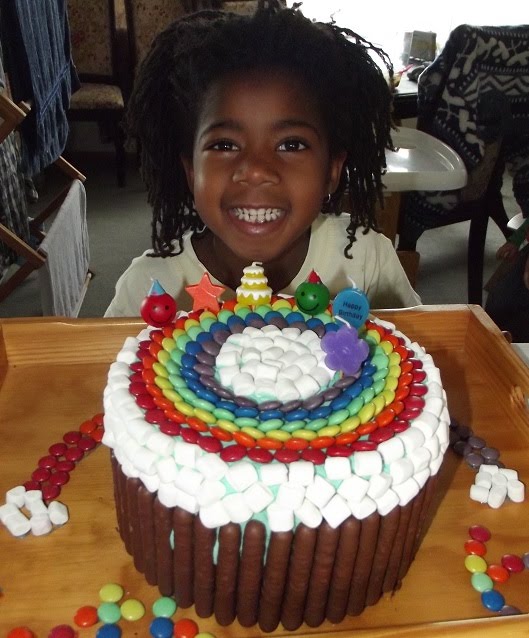 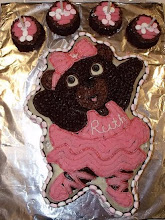 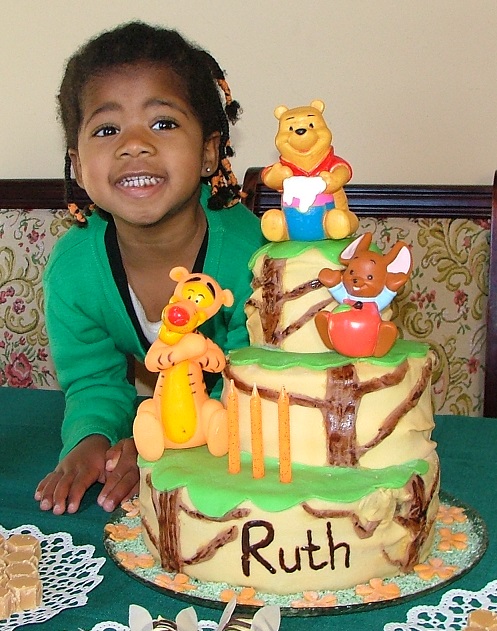